The venue for the Australian Open 2017 is Anglican Church Grammar School, affectionately known as Churchie. The tournament itself will be held in Morris Hall, located at the front of the school as can be seen in the map below. 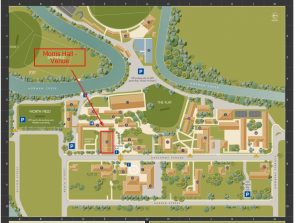 How to get there:

Located on Oaklands Parade in East Brisbane the school is just outside of the city, and easy to access by various modes of transport.

Access from the Eastern side is likely easiest via Lytton Road which is on the Northern side of the school.

Access from the City side, is easiest via Vulture Street which is on the Southern side of the school.

For those staying in the city, there are two methods.

Churchie has a long and brilliant history as one of Brisbane leading schools for boys. Churchie is no stranger to chess, and is currently one of the strongest senior teams in Queensland. Churchie’s most famous chess son, GM David Smerdon led the school to consecutive victories in the Australian School Teams Championships in the late 1990’s.