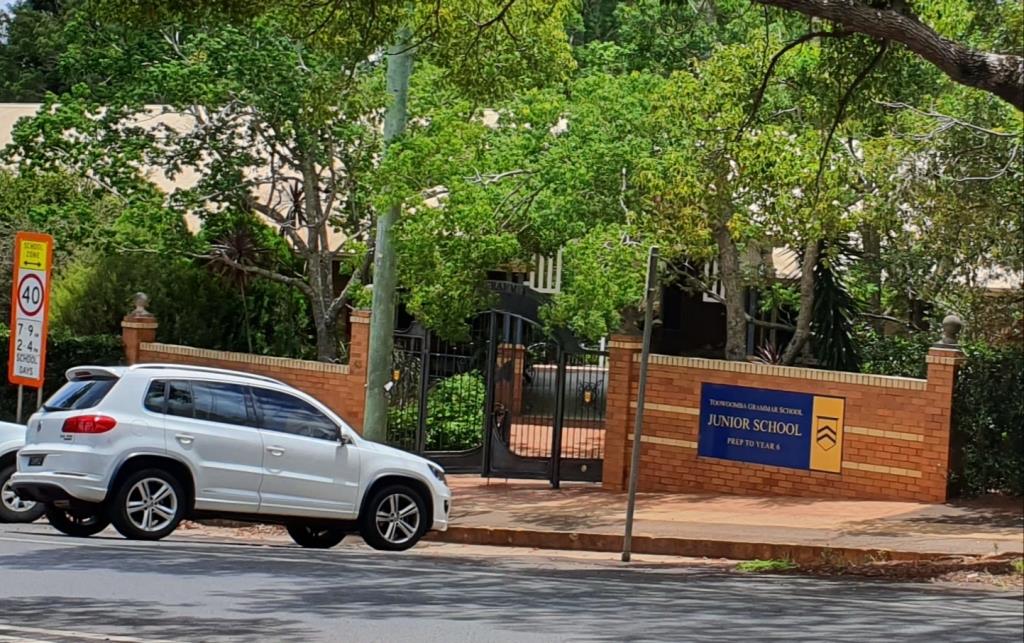 The Toowoomba Chess Club invites you to participate in the 2022 Darling Downs Open!

Meet up with like minded chess players and compete to win part of a prize pool over $4000! 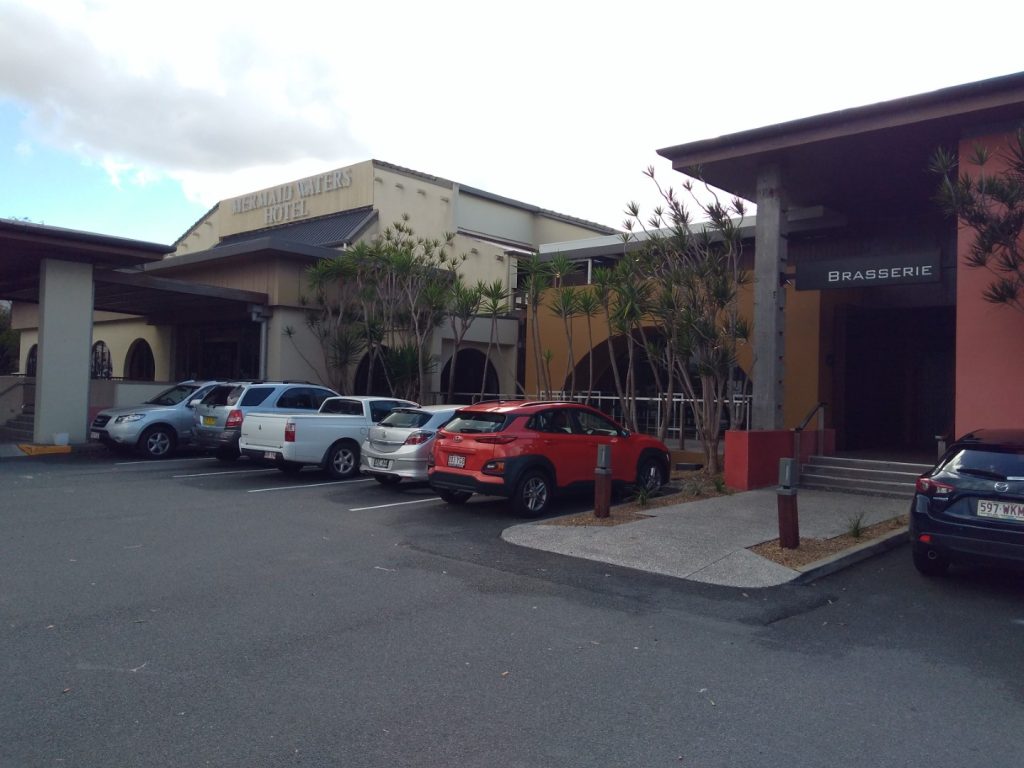 Covid-19 mandates have now been eased. From 1am AEST Thursday 14 April 2022, the requirement to check-in and to be fully vaccinated in a range of venues and events will end. There is now NO requirement to be vaccinated to be able to play in this event.

Your assistance is requested to assist researchers Professor Luke van der Laan, GM Dr David Smerdon and doctoral candidate Graeme Gardiner with an important research project in the field of chess and education which we believe will have worldwide implications.

For a successful outcome, we need as many people as possible who had a Queensland Junior Chess rating at any stage during the 14-year period from January 2008 to December 2021 to provide consent for either their school or QCAA (Queensland Curriculum and Assessment Authority) to provide their NAPLAN literacy and numeracy scores data, date of birth, gender and school attended, for matching with their chess ratings data before de identifying prior to analysis.

Please click this link to complete your consent. It takes less than two minutes.

Those providing consent will go into a random draw for a beautiful wooden Staunton chess set valued at $470.

Please forward this to any of your friends you believe may have had a Queensland Junior Chess rating at any time during the said period. 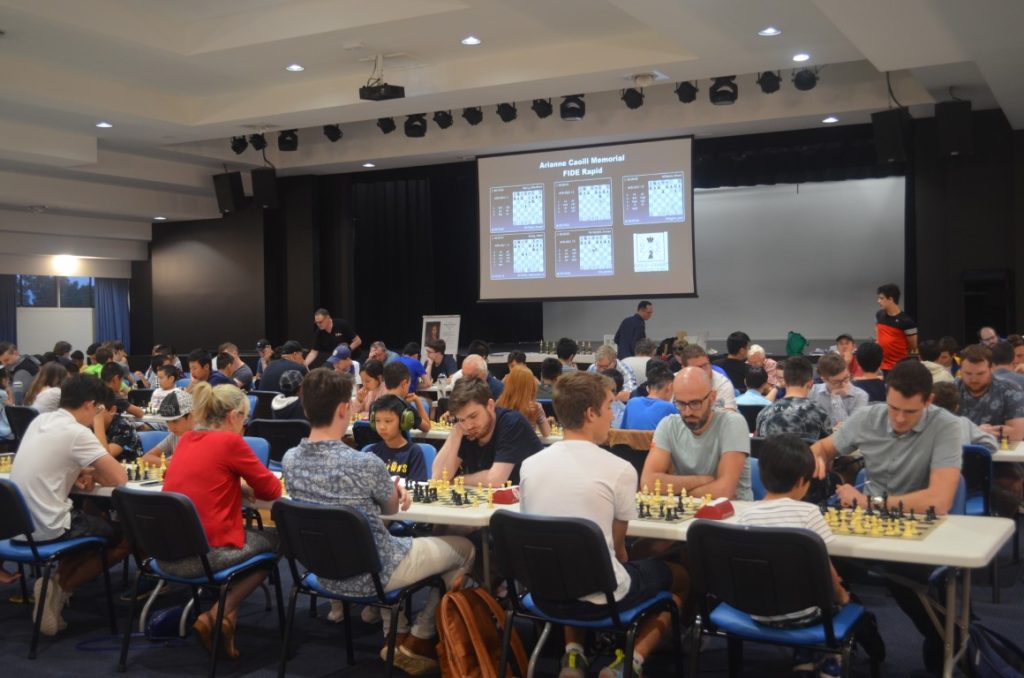 The Brilliancy Prize – $100 has been awarded to GM David Smerdon for his game in Round 2 with Rhys Rakauskas.

Congratulations David on your beautiful creation, ideas and attack!

GM Smerdon has provided a personal account of this game at the following web address for all to enjoy :

DGT e-boards are used to not only broadcast the games virtually live; but are linked into a players’ game storage area where their games are engine analysed. The player then has real-time feedback on the best lines and moves. Coaches can login and provide timely lessons to their students between tournament rounds! 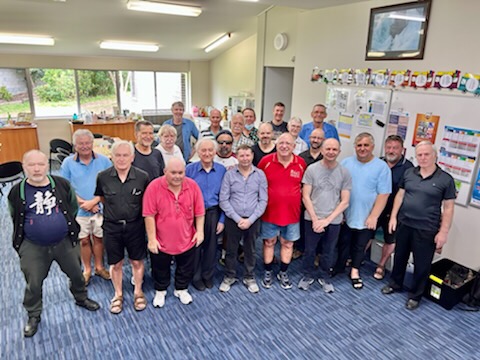 On Saturday October 23 and Sunday October 24 twenty-three keen chess players fifty years of age and older contested the 2021 Queensland Seniors Chess Championship at Saint Josephs’ Primary School in Bracken Ridge. Three games were played on each day at 60 minutes each plus 10 seconds a move. In each of the six rounds a number of games lasted more than two and half hours and many games went right down to the wire. There was no place for the faint-hearted in this Seniors Championship!

In round 2 Oleg Korenevski (1551) staged an incredible fightback to snatch a draw from the jaws of defeat against the top seed George Lester, with his three or four kingside pawns boldly marching up the board, even though he was a couple of pieces down. It was the game of the round!

With George Lester taking a half point bye in round 3, and Allan Fossey (1624) holding John Myers to a draw, it was just multiple Queensland Senior Champion Tony Dowden on a perfect 3/3 at the end of the first day’s play, after Tony tamed Bruce Littleboys’ (1653) eccentric but tricky opening play. With Myers, Fossey and Korenevski on 2.5/3 and five other contenders on 2, the Title race was still tense as round 4 began on Sunday morning with 20 of the 23 players – John Myers, George Warta and Donny Hamilton had all requested half point byes for the 9:30am Sunday morning game.

The highlight of round 4 was no doubt the top board clash between Allan Fossey on 2.5 and Tony Dowden on 3. In a memorable encounter, this time Allan emerged victorious and with Oleg Korenevski winning on board two over Bruce Littleboy, we had two new leaders at the end of R4, Allan and Oleg. Tony Dowden would now be forced to work very hard in round 5 to remain in contention, and some well rested players were about to join the party too. Tony Weller’s (1450) upset win over Bruce Holliday should not go unmentioned either. It was also rumoured by many in the playing hall that one Mark C Stokes missed a checkmate in one or two against Gympie’s unrated David Haylett and David went on to win in fine style!

In the key round 5 match ups, Oleg and Allan drew on board 1, Tony Dowden came back from a very shaky position to defeat a rather unlucky George Lester, and long time friends Tony Weller and John Myers split the point on board 3 in a well contested game. It was going to come down to final round to determine the 2021 Queensland Seniors Chess Champion.

At the beginning of round 6, there were three equal leaders, Allan , Tony and Oleg,  all on 4 out of 5, with two more players, John and Peter Cronin (1550) on 3.5, still hoping the other results might go their way.

The top board encounter between Oleg and Tony was tense but even throughout, but the other co-leader Allan Fossey was soon in trouble after making an opening error in one of his favourite systems against Tony Weller’s Sicilian. But Allan kept fighting and managed to save what turned out to be crucial half point. With John Myers hopes of all the other results going his way if he won coming true, we finished the tournament with not one, but four Queensland Seniors Chess Champions!

A hearty congratulations to Allan Fossey, John Myers, Tony Dowden and Oleg Korenevski for all finishing equal first on 4.5/6. They will share the first, second and third prize between themselves equally. The best score by players 65 years of age and older, (who had not already won a major prize),  was shared by Bruce Holliday and Tony Weller, both on 4/5. Tony Dowden sponsored this prize once again and he will do so until he reaches that age. Thank you very much Tony!

The 2021 Queensland Seniors Chess Championship was a fun event to be part of  and we hope to make the 2022 Seniors in October next year even bigger and better, as a great warm up the huge Oceania Seniors at Noosa in November. Peter Cronin kindly took some action shots of the players too – thanks very much Peter. Finally, a big thank you to Gail Young from the Queensland Womens Chess League for organizing this event for so many of us to enjoy so much, win, lose or draw. 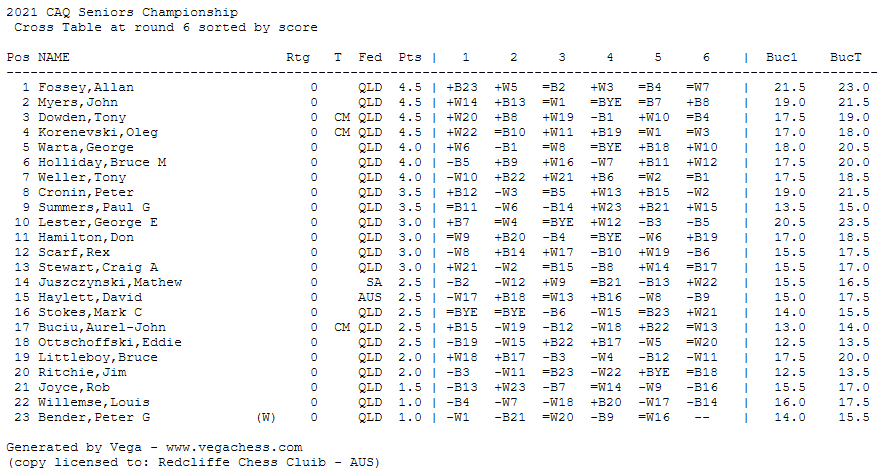 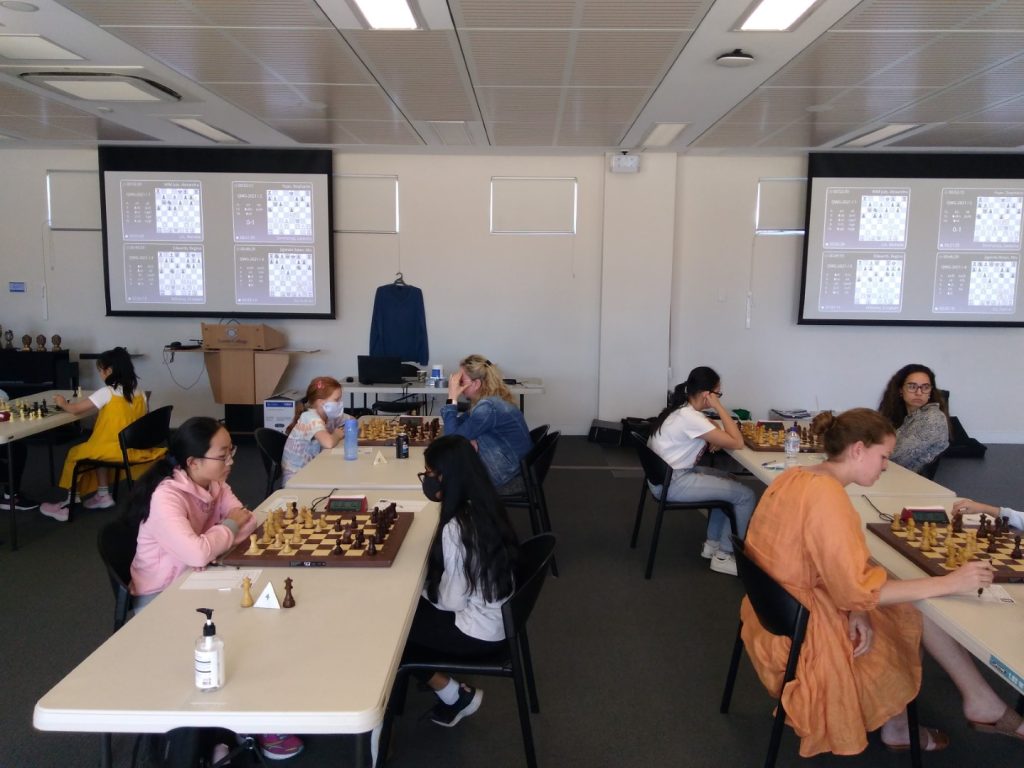 This prestigious annual tournament was held at the Grace Lutheran College Rothwell on the 25th and 26th September, 2021. The Leo has been on the Queensland chess tournament agenda for several decades and is played to recognise the significant contribution that the late Leo Wilkinson made to the Redcliffe Chess Club, as well as the wider Queensland chess scene. He was a former CAQ President and long term chess administrator who was champion in promoting chess, especially to the emerging younger generation of players.

The total prize pool on offer was $2,550 with the major sponsors being BBC Painting ( a much valued supporter of chess in Queensland); the Redcliffe Chess Club and the Grace Lutheran College.

In welcoming all to the tournament CAQ President Mark C. Stokes noted the strong contingent of junior players (youngest being just 6); 22 non rated players; 9 young ladies and the older brigade (the oldest being a sprightly 77 years young) making up the largest field that had every contested the Leo. 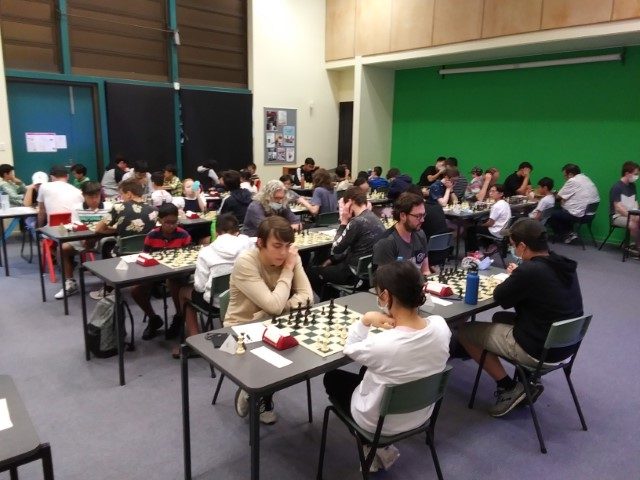 The tournament was run using Vega (version 8.3.8),with the top 4 boards being televised live at https://livechess.aunz.net. The event’s time control was 60 minutes each plus 20 seconds per move. and was ACF and QJ rated. As well as an Open section, there were five rating groups and a non rated section.

For the statistically minded: the top rated player was 2525 and the average rating (excluding non rated players) was 1151. 573 games were played, with 19 half point byes requested and only 3 players withdrew throughout the tournament. Remarkably, given the number of non rated and new tournament players there was only 1 game lost to two illegal moves. 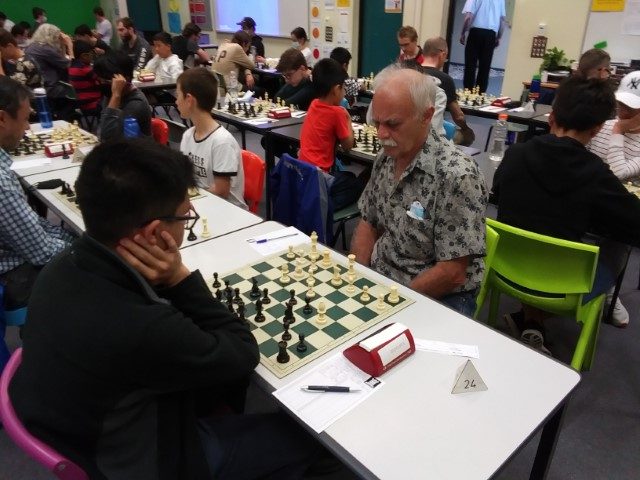 As indicated, the top boards were televised live and many are worth playing through. From round 1 the tournament was keenly contested with no easy games and many boards played right up to the commencement of the next round. The joint winners played extremely well and of note is the play of Aiden Brady who has acquitted himself extremely well during 2021 and is on the threshold of breaking the 2000 barrier. He could be the dark horse in the upcoming Queensland State Championships.

Byron Morris and Jayden Ooi continue to challenge the top players and will soon be pushing through to the top ranks. Many of the junior players continue to advance their chess playing skills and demonstrated a knowledge of the game well beyond their age. Such is a credit to their coaches and their enthusiasm for the game.

Overall the tournament went extremely well given the need for strict Covid-19 requirements coupled with the large number of participants.

Upcoming events for the next few months up until the end of 2021 are:

Specific details about each of these events is on the CAQ website. 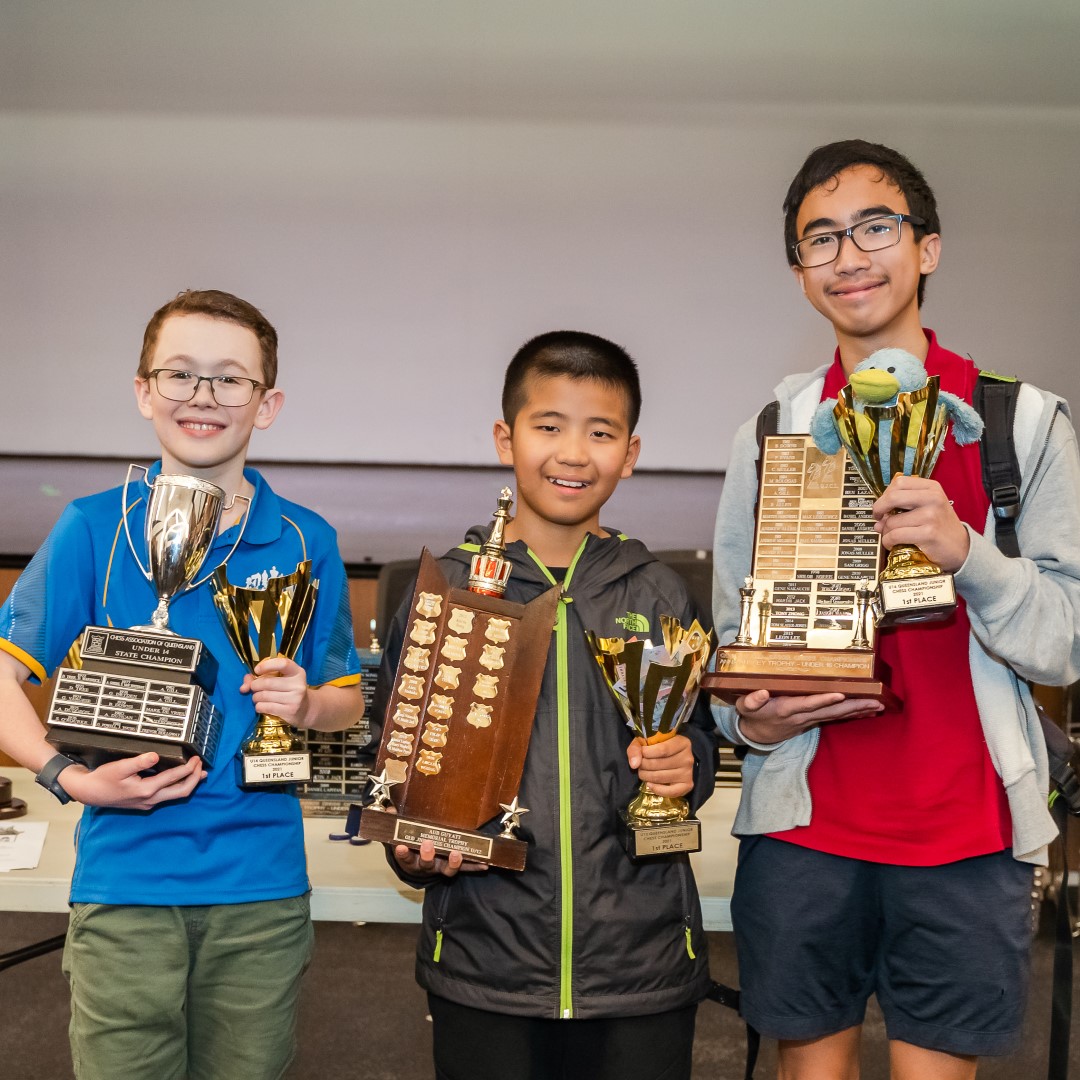 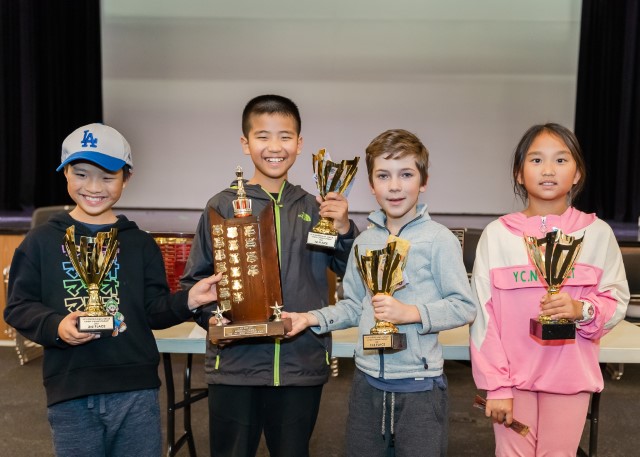 Another close finish: Under 12s came down to the wire in the last round, with four co-champions emerging: Xing Zerui, Noah Rose, Calen Tang and Elaina Qiang. Congratulations to all!

The Queensland Juniors Under 10s Championship was played on the 7th July 2021. 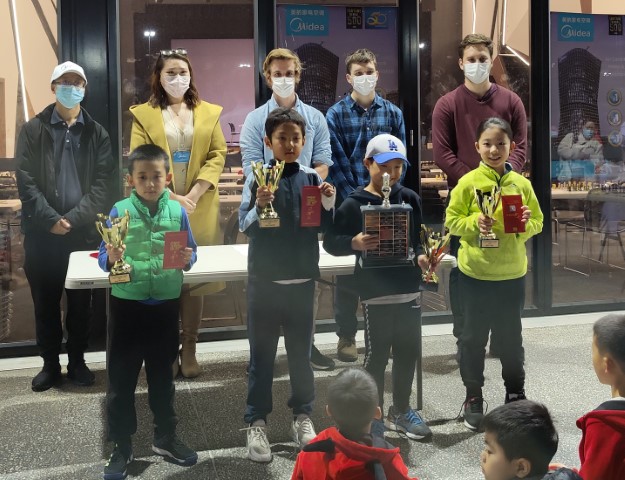 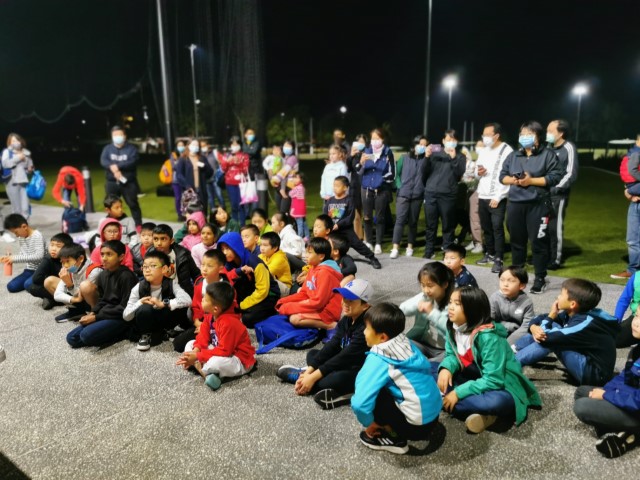 The Queensland Juniors Under 8s Championship was played on the 6th July 2021. 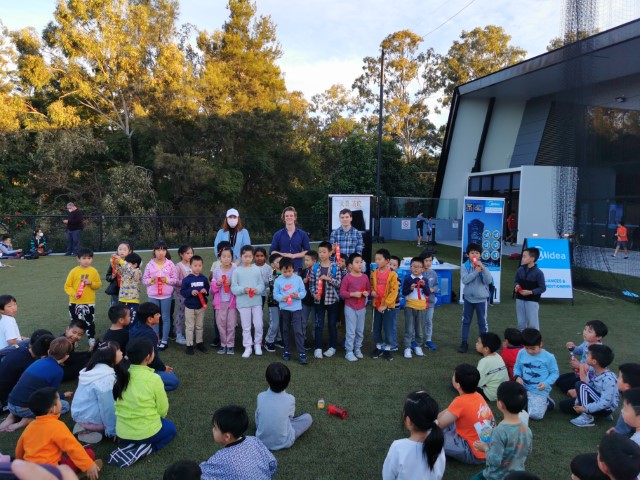 photos thanks to Peter Xing

The U8s wrapped up with a 3-way tie for first! The title of 2021 U8 Queensland Champion is shared between Zeqi Xing, Stephanie Yuan and Justin Tong. Interestingly, they didn’t get to play each other due to a large field and all of the joint-champions losing early. 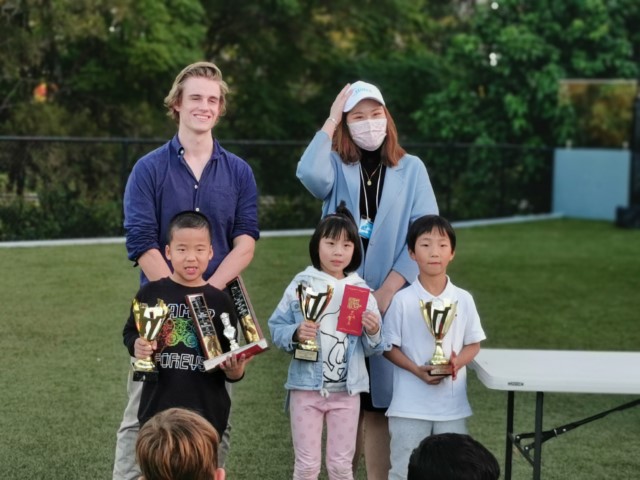 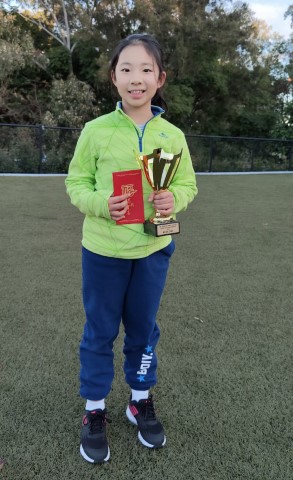 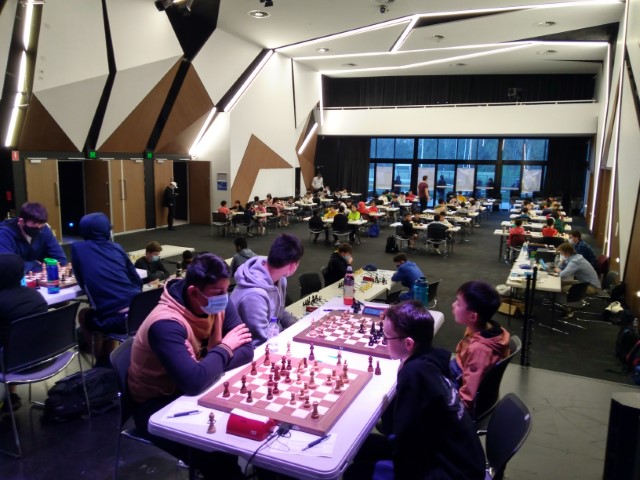 Under 14 to 18 Pairings and Results

Under 12 Pairings and Results

Thanks to major sponsors Midea and the fantastic venue Sunnybank Performing Arts and Cultural Centre (SunPac) .

The Gold Coast Open 2021 has been cancelled.

CAQ VP and Gardiner Chess Operations Manager Andrew Fitzpatrick released a short statement on Chesschat shortly after the Queensland Government announced the 3 day lockdown. He said ” Given a lockdown is being implemented from 6pm tonight in South-East QLD, we have no option but to cancel this year’s Gold Coast Open. “