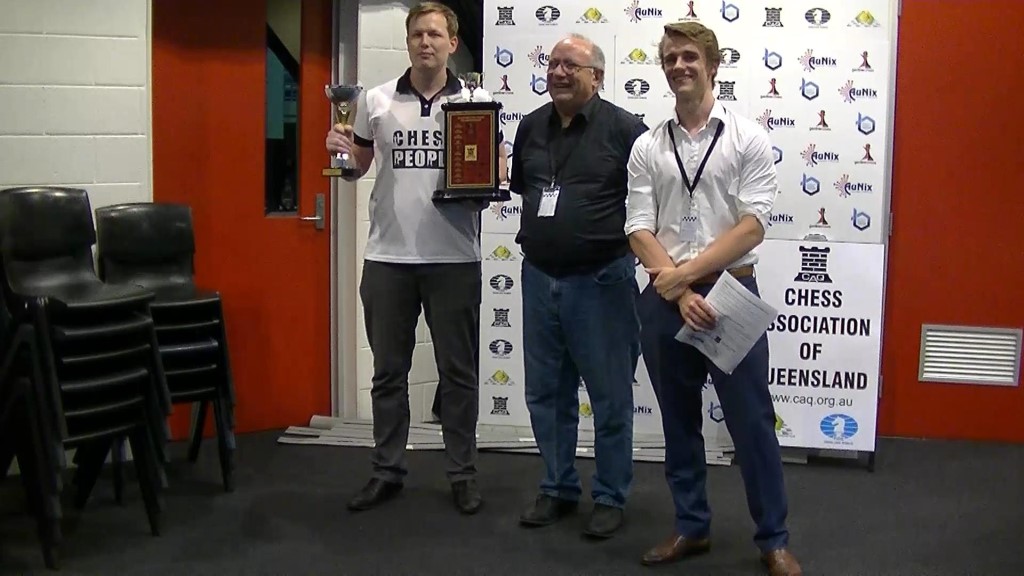 Brodie McClymont is the Queensland Champion for 2019!

The 2019 Queensland Championship was a major success with a field of 24
players and an average rating surpassing 2000. The competitive field,
including five international players, one Grandmaster, and four
International Masters, produced a flurry of interesting games and upsets. The most
notable performance of the event undeniably falls to our new Queensland
Champion, International Master Brodie McClymont, who finished on an
impeccable 8.5/9, drawing only to Grandmaster Daniel Fernandez.

All of Brodie’s games can be found at
AuNix LiveChess

Furthermore, it is also extremely important to highlight the outstanding
performances of both Igor Paevskiy and Michael Ostapenko. Despite losing
his first two games, Igor came back to win 5 games in a row, including a
win against International Master Stephen Solomon! A feat only matched by
the new Queensland champion himself. Igor also went on to score 5.5/9,
winning equal fourth as well as the Under 2000 prize, with the fortunate
rating of 1999. Similarly, Michael Ostapenko played very well throughout
the event with wins to a variety of top players. Michael went on to win
best junior by a full point with 5/9. Nonetheless, congratulations are in
order for all our prize recipients including, GM Daniel Fernandez with 2nd,
IM Leonid Sandler with 3rd, and IM Stephen Solomon, FM Dusan Stojic, FM Yi
Liu, and Igor Paevskiy with equal fourth.

A special thanks to our sponsors: BBC Painting, St Joseph’s College Gregory
Terrace, the Brisbane Junior Chess League, gardinerchess, and especially
AuNix, for their significant contributions which we could not do without.
Likewise, a very special thanks to Chief Arbiter Michael D’Arcy; Deputy
Arbiter Max Kershaw; Assistant Arbiter and Broadcaster David Esmonde; and
Commentator/Canteen Operator Alex Wohl, for their tireless efforts which
ensured the best possible event.